Attention is a limited resource. Despite a love of multi-tasking, our brains can only process 120 bits of information per second. To put that into perspective, having a conversation with one person eats up 60 bits, which is why having your smartphone out during dinner probably means you’re not listening to your guests.

We perform best when focused on one thing at a time.

Information comes at us constantly. Americans now ingest roughly 175 newspapers’ worth of data every single day. Even during leisure time, we end up consuming 100,000 words (roughly 34 gigabytes) a day.

As the neuroscientist Dan Levitin writes, millions of neurons in our heads constantly monitor the environment to decide the most important thing to focus on—four or five things max, and even that many is cognitively taxing.

These neurons are collectively known as the attentional filter. Funneling your attention takes work. As Levitin writes,

What distinguishes experts from novices is that they know what to pay attention to and what to ignore.

Ignoring information is difficult—by design. Between the constant ping of notifications and the distraction of social media feeds whose algorithms are designed to keep you scrolling, getting any work done is becoming more difficult by the day. Then there’s getting into deep work, which presents its own set of challenges.

The constant switching between tasks is cognitively draining, writes computer science professor Cal Newport. For example, after checking email, it takes your brain 20 minutes to return to deep work; basically, to move into a Flow State, completely focused on the task at hand. With email notifications on, it’s unlikely you’ve had 20 interrupted minutes in quite a long time.

The biomechanist Katy Bowman writes that you’re never actually out of shape. You’re always in exactly the shape you train for.

The same lesson can be applied to your attentional filter. Newport notes how such training (or lack thereof) creeps into the most mundane daily activities.

If every moment of potential boredom in your life—say, having to wait five minutes in line or sit alone in a restaurant until a friend arrives—is relieved with a quick glance at your smartphone, then your brain has likely been rewired to a point where, like the ‘mental wrecks’ in Nass’s research, it’s not ready for deep work—even if you regularly schedule time to practice this concentration.

Newport’s prescription is a tough pill to swallow: don’t use the internet to entertain yourself.

That means social media as well. 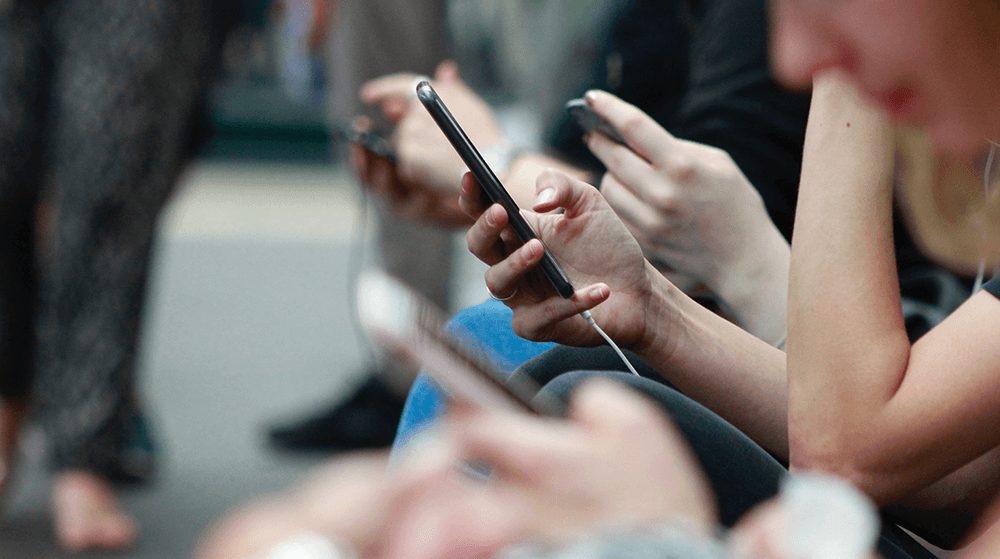 You Are the Product

Tristan Harris’s warning in The Social Dilemma is dire:

Data scientist Cathy O’Neil is also featured in the Netflix documentary. In her book, Weapons of Math Distraction, she discusses the dangers of confirmation bias in a discussion about racism. Racists attain information from faulty, incomplete, or generalized data, which leads to the belief that all people of one race are the same. Since racists don’t tend to seek reliable data that would upset their worldview, their beliefs become hardwired.

It generates poisonous assumptions, yet rarely tests them, settling instead for data that seems to confirm and fortify them.

Apply the same mindset to your social media feed, which cater to your emotional brain in order to keep you engaged. Not only does this confirm your own biases, but you’re also being monetized by giving your attention to ideas that you’ve already bought into. Your data is sold to companies that want to speak to and sell you on their products and services.

Wherever your attention goes, someone’s there to log it.

Social media has many wonderful benefits. These technologies provide platforms for communication during a time when physical contact is severely limited. The problem, as O’Neil writes, isn’t the technology. It’s how it’s being used.

For example, in a tight financial month, you could log into an app that informs you in real-time how an unpaid electricity bill would affect your credit score. That information helps you decide whether you should buy a car, and how your credit score affects your chances. The algorithms exist to support such an application. As she puts it,

The technology already exists. It’s only the will we’re lacking.

The first step is to reclaim your attention, the very driver of this economy. Where you place your attention matters, not only to the algorithms but to your mental health. An inability to focus results in increased rates of anxiety and depression. You return to these platforms for a brief moment of pleasure, which further steal your attention. The vicious circle only stops when you decide what to focus on and stick with it.

Deep work is possible with the right training.

Flow States await whenever you’re ready to get down to business.

When the robber barons of the attention economy steal your time, though, you’re swimming upstream.

Sometimes, you need to pause and float in the quiet of this moment, then return with a clear head. Let the robber barons search elsewhere.